» KINGS OF WAR: ARMADA – THE GAME OF EPIC NAVAL WARFARE

Shooting Phase
1. Cannon sees nothing. Can he fire at empty spots and hit models behind hills and other models?
A. No
2. Cannon sees a dragon. Yet he doesn't see the spot 8” in front of dragon (other units are in the way). Can he fire an optimal shot against the dragon?
A. Yes
3. Do war machines have arc of sight?
A. yes, 90o from the its base like a normal unit
4. A template hits the seer & screaming bell. Who is hit and how?
A. Both hit, Randomise the higher strength if there is one
5. On a similar note, does a Seer on the Bell get a Look-out sir roll against templates?
A. No.
6. When the bell is hit but not killed by cannon ball, does it stop the cannon ball?
A. Yes
7. Can models armed with weird “shooty” contraptions use them in the shooting phase if they marched? Death Rocket, Brass Orb, etc.
A. No, count these items as shooting weapons which use normal shooting restrictions.
8. Can a model shoot twice in a shooting phase (dragon and his rider armed with a shooting weapon)?
A. Yes, but only on the same target.
9. Does helstorm rocket battery friendly fire work so that assuming the second scatter roll is a hit, no result of the first artillery die should result in a hit on friendly model?
A. Yes
10. Are shooting attacks the same as ranged attacks? Are ranged attacks shooting attacks?
A.Every shooting attack is a ranged attack, but not every ranged attack is a shooting attack.
11. Cannons can only hit 1 model per rank. Does a screaming bell or similar model on a large base prevent models from being hit in every rank it occupies?
A. No. For these purposes, a model on a large base is in the rank it is first hit by the cannon.
12. Can shooting attacks that do not use scatter dice (such as doomrocket) fire in a way that has a chance of hitting friendly models or close combat?
A. No.
13. Must a Doomwheel shoot after rallying?
A. Yes.
14. In which cases does WM's arc of sight influence the game?
A. The WM might not be able to target models it can’t see, and might not be able to pivot due to proximity of terrain or models.
15. Can Hellcannon pivot and still fire in the shooting phase?
A. Yes.
16. Does the Skavenslave rule Expendable allowing ranged attacks to be targeted into combat with slaves mean I can target enemies with dreaded 13th, crack's call, scorch etc. while they are fighting slaves?
A. Yes.
17. Is a Doom Diver a template weapon? Can a Doom Diver redirect onto a unit in combat?
A. Yes and No.
18. Are shooting attacks with a template allowed to "accidentally" hit friendly models and/or models in close combat?
A. Only if they scatter in a random direction.
19. Can the Sepulchral Stalkers wound a war machine?
A. Yes, use the crew’s initiative.
20. Does the Gyrocopter Steam Gun have partials?
A. Yes.
21. Can you place a template in the way that a part of the template is outside of the table? Or if a template scatters by a fraction outside of the table, can it still hit with part on the table?
A. Yes.
22. Can skaven fire into a close combat where warlock-lead slaves are fighting enemies?
A. Yes.
23. Do Sepulchral Stalkers roll to wound against monster's initiative when firing at monsters & handlers?
A. Yes.
24. Does Skaven Storm Banner make all of the following test if they can use their special attack: Doomwheel, Banshee, Treeman, Anvil, Engineer with Doom Rocket or Brass Orb?
A. Every attack executed in the shooting phase must test except the use of Anvil of Doom, Banshee's howl and using Bloodcurdling Roar.
25. Given that army book rules come before rulebook rules does a stegadon get the 5+ "skink save" from a cannonball?
A. No, both the stegadon and all the skinks are hit.
26. Can catapults still fire indirect shots at targets they have no LoS to?
A. Yes.
27. Warp-Lightning Cannon "fires in the same way as a cannon, as presented in Warhammer rulebook, with the following exceptions:". The following chapter doesn't make it clear what rules the WLC ignores and what it follows. Does it hit only 1 model per rank? Even the small template? Does it get stopped by MI/MC/MB and Mo? By obstacles? By impassable? What happens to the template? Can it fire grapeshot? Anything else we should know?
A. 1 model per rank for the line, small template cannot hit models already hit by original template. The shot is stopped by models that stop regular cannonballs. If stopped, no template is placed, at any point. No grapeshot.
28. A non-flying unit is joined by a character with flying, what happens if the unit is hit by the Rune of wrath and ruin?
A. The unit halves its movement. A character charging/moving out of the unit can do it using his flying movement, because the anvil doesn't affect him anymore after he leaves the unit 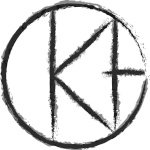 -If the partial back rank is deployed to the left side, and there is an enemy unit in the left flank, and a charge is made on the right side, will the back rank break into two parts and shift itself to the right? Or alternatively, will it fight over the gap to the right side?
A. Will not break, but models will fight to the right

-Can additional dice (slann's, DE dagger) override the "not enough power" rule?
A. Yes, anything which adds PD classified as power dice might